The best little girls get promoted to big sister!

In late February, Cody and I headed to the MOSES Organic Farming Conference. It was a two-night, two-day event away from Miss Connie. Our first night there, I wasn’t feeling well. The next day we got up to go to the conference center, I was feeling better. But once we got there I was burning up. In a crowded meeting room I assumed the heat of all those people elevated my body temp. I noticed my warm-blooded husband however in his hooded sweatshirt, completely zipped up. “Aren’t you hot? I’m boiling!” To which he responded, “You’re pregnant!”

After a day in sessions we headed back to our cabin rental but stopped into Walgreens to pick up a test–and a toothbrush. Within moments, the plus sign appeared and we captured this image. Baby #2 was confirmed!

We picked up Connie on night two and while at my parents, I had spotting, which continued after we got home. I was crushed. Was I not pregnant, did it not stick? The spotting stopped and I questioned whether we were or weren’t. After a few days of reduced appetite and no period, I took another test. Without hesitation, it beamed back a digital reading of “PREGNANT.” We then broke the news to the four-legged kiddos. 🙂

No one shares the news better than Miss Connie however. Cody’s dad and step-mom were home over Easter which gave us an opportunity to tell them face-to-face rather than over the phone. I placed Connie’s birthday presents (a book and a shirt) in front of them and let them figure it out.

The following week, we were in Arkansas for a visit with my sister and her family. Again, news is always better shared in person. After waking from a nap, I put Connie in her BIG SIS shirt and the news was shared, received by excitement. 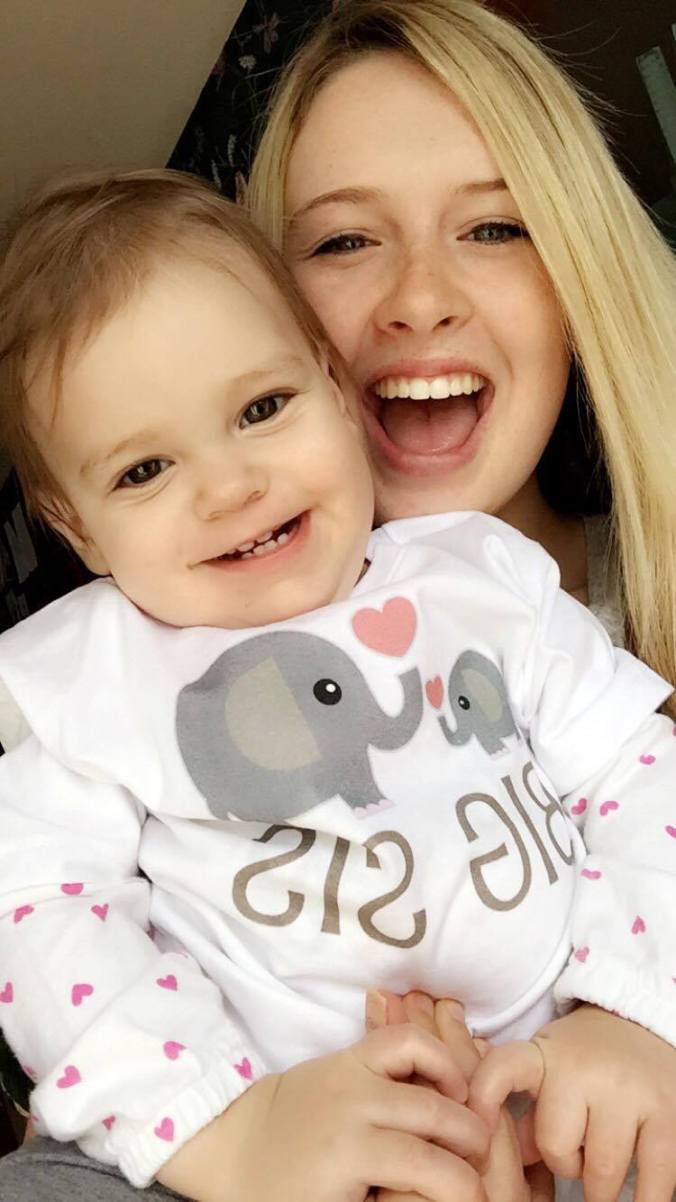 Miss Connie and her cousin Mariah

During her one-year session, I had Rachel capture these so we would have them when we were ready to share the news, and to capture these milestones together:

A couple of weeks later, we celebrated Connie’s 1-year birthday and again, she spread the news to our closest family and friends via her new t-shirt. I took many pictures during her party but realized I couldn’t share them as she was sporting that shirt and we were not ready to go public!

On Mother’s Day, during a photo trip to the orchard, Cody captured this one ❤

We are 17 weeks along and due end of October/early November. I can’t help but be in full and awesome amazement of our blessings and the opportunity to grow–and complete–our lil family.

One thought on “Miss Connie’s News”