This year we were blessed with ten new additions to the farm, six heifers and four bull calves–the efforts and success of our rented bull, Spud. Over the past two years, Spud aided in increasing our herd by 16.

But alas, he has run is course and this year we introduced new blood to the herd. I’ve called our new rental, Reggie. He is still new to the farm and a young bull and doesn’t have any unique marking like Spud did, but he seems calm, gentle, and patient. 🙂 It’s fun to see him switch to a new favorite girl every few days, this day it was Cybil. (So, I may need some ‘nice’ images of Reggie…. to be honest, this was the only time I have caught him is action, typically I get to witness the courtship which consists of staying close by, loving gazes, and that patience I spoke about earlier.)

I never officially introduced all our 2o16 calves. Our first arrived on April 25 and our last on May 15. This year’s letter is”F”. In order of birth: Frontier, Fancy, Felix, Flash, Ferris, Farley, Frank, Fergie, Fazey, and Frolic.

Many have unique markings thanks to Spud so identification is pretty easy on me yet, but I suspect next year to be very tricky with a full black bull and the anticipation of  16 calves. Fancy was quite the surprise! Mama Claire is part Holstein and Daddy Spud part Hereford so it is logical, but still, she stands out! 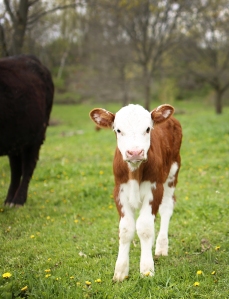 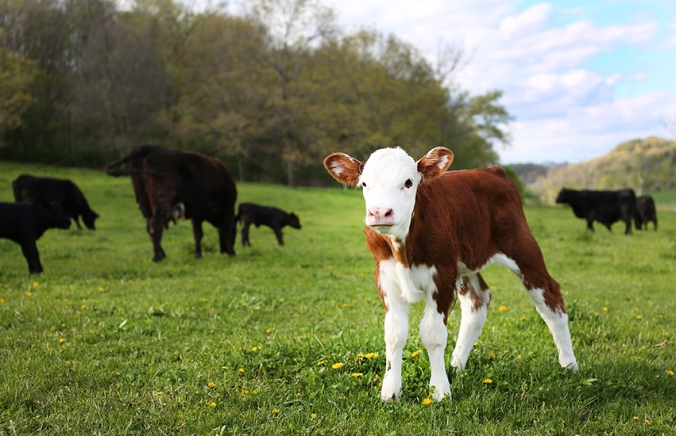 Here’s an assortment of photos of the herd and new additions. And our lil cowgirl. She loves these big animals and has no fear of them. She walks right up in hopes to touch one. They are just as curious about her but most turn away just as she is getting close. 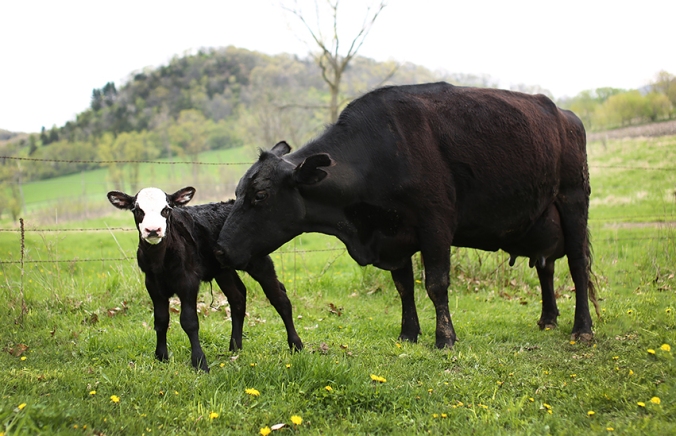 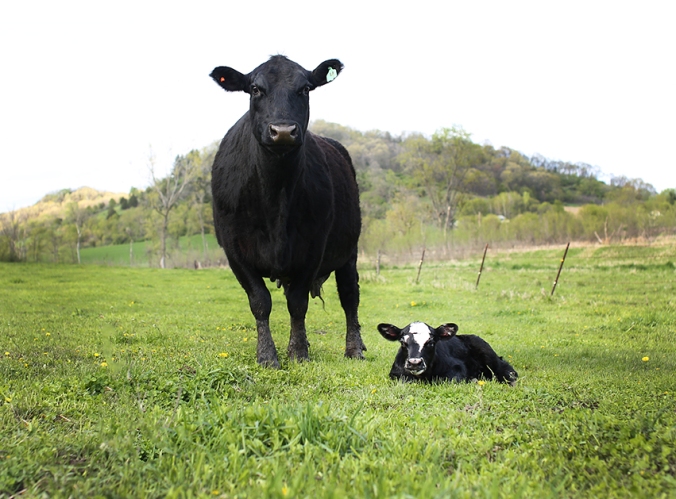 Cybil with her bull calf, Ferris

Our first calf, a bull we names Frontier, born on Cody’s birthday 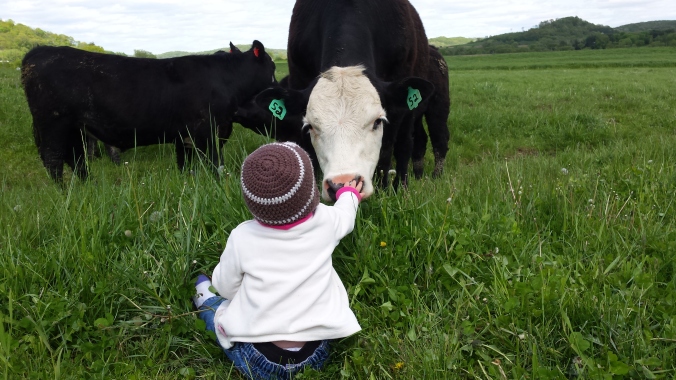 Lil Miss and Eleanor, a 2015 heifer, out of our matriarch, Camille. These two have a bond already. 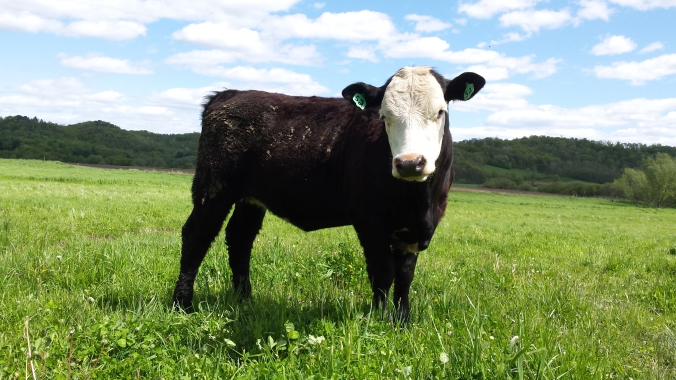 Camille a few days before calving with Farley 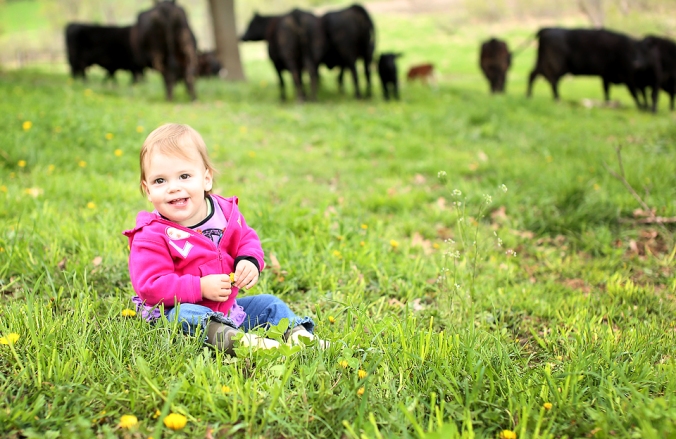 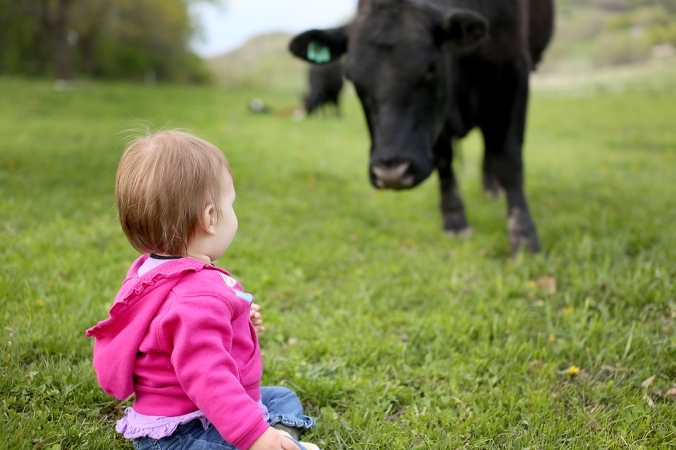